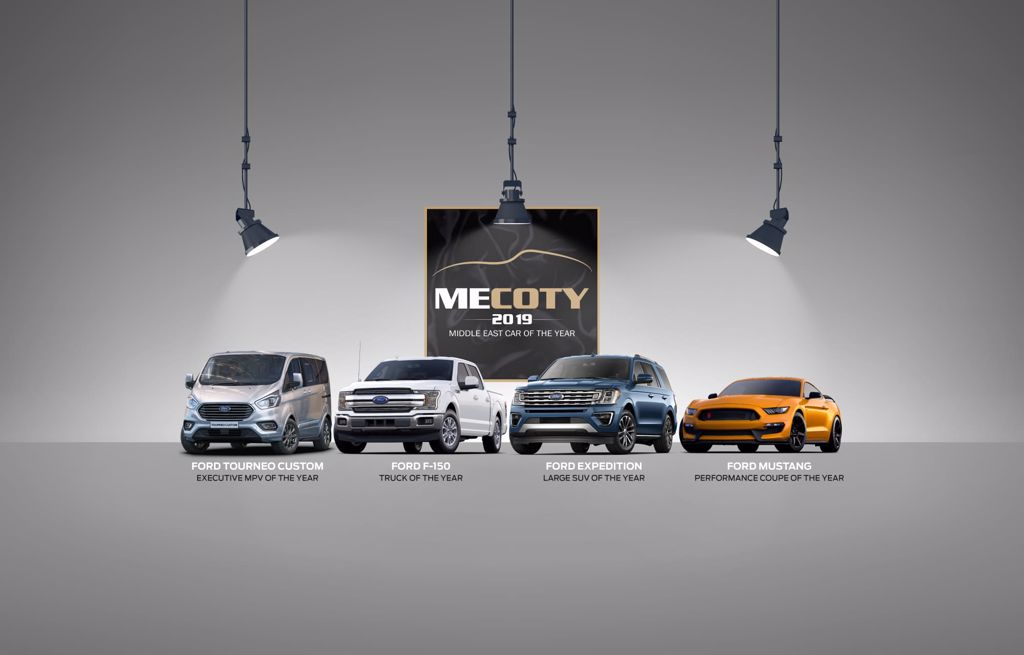 Three of Ford’s longest serving nameplates were honoured during the event. The Mustang – which celebrates its 55th consecutive year in production – was named Performance Coupe of the Year, and the all-conquering F-150 – America’s best-selling truck for the past 42 years - crushed its opposition as 2019 Middle East Truck of the Year. The Transit Tourneo – based on the Ford Transit which has been in production since 1965 – was named Executive MPV. The new generation Expedition, Ford’s flagship SUV and a nameplate that is a mere 23 years old – drove off with the honours as 2019 Large SUV of the Year.

The awards, now in their sixth year, are the most coveted automotive awards in the region, combining the expertise and experience of 19 motoring journalists from the GCC and Levant, who work through a multi stage nomination and scoring process to arrive at their list of winners.

“We’re thrilled to see Ford’s heritage shine through during this year’s awards,” said Jamie Rae, Marketing director of Ford Middle East. “The Mustang, F-150, Tourneo Custom and Expedition are four of the most important nameplates for Ford – and these underpin our continued drive to deliver the kind of vehicles customers in the region demand.”

View all the latest news from Al Mana Motors